The Future of Healthcare: Systems of Intelligence

Systems of intelligence analyze the data captured in systems of record and the interactions managed with systems of engagement to provide potential insights for review without human prompting.

The original version of this article appeared in IT Health Outcomes

Over the last decade, progress toward the Institute for Healthcare Improvement Triple Aim—improved patient outcomes and increased patient satisfaction, with reduced costs—has been driven by the implementation of systems of record and systems of engagement. Systems of record—predominantly electronic health records (EHRs)—capture the data that healthcare organizations need, while systems of engagement such as mobile monitoring tools, planning and scheduling tools, and patient portals transform the data into actionable information. Healthcare organizations are beginning to accrue benefits from these systems, but the use of machine learning (ML) and artificial intelligence to create systems of intelligence is ready to produce a truly transformative leap forward.

Developing Systems Of Intelligence
Systems of intelligence analyze the data captured in systems of record and the interactions managed with systems of engagement to provide potential insights for review without human prompting. Early iterations of these systems have been in use for some time—for example, Amazon's recommendation system analyzes user interactions to determine which products (i.e., data) to recommend to its users without input from human analysts. These nascent systems of intelligence rely on complex algorithms written by humans to perform these analyses.

Research and development into artificial intelligence (AI) is starting to bear fruit that can extend the power of systems of intelligence. ML enables computers to improve their performance on a specific set of tasks without being programmed to do so. With ML, Amazon's algorithms can improve their performance with every customer transaction without the help of human programmers. Deep learning extends basic ML by analyzing information in layers, so that the output of one layer becomes the input of the next. The result is a machine that can perform unsupervised pattern analysis on different levels of abstraction, which allows it to understand a hierarchy of concepts and integrate data in a much more flexible way than before.

Applying Systems Of Intelligence To Healthcare
The government's mandate for meaningful use of EHRs (111 Pub. L. 5, Title XIII) jumpstarted the move toward systems of record in healthcare. Although this move has not been without its difficulties (Sinsky, Colligan, et al, 2016; Murphy, 2013), it positioned healthcare organizations to reap the benefits first from systems of engagement and now from systems of intelligence. Some algorithmic systems of intelligence are already in use as diagnostic tools—one software tool integrates EHR data for cancer patients and applies consensus recommendations to determine the best combination of chemotherapy drugs for a particular patient (Pearl R, 2018). Other systems have been used to analyze RNA to diagnose certain types of cancer or to localize neurological injuries for treatment (Jiang F, Jiang Y, et al, 2017).

Systems of intelligence can also be applied to ongoing patient care. Researchers at a major healthcare organization created a system of intelligence for hospitals to reduce the incidence of acute events requiring intensive care, as patients who experience these events are three to four times more likely to die than if the acute event had been prevented. By analyzing data from over 600,000 patients, the creators were able to pinpoint the most common indicators of an upcoming acute event and input the information into a system that monitors the status of all hospitalized patients and notifies physicians when a patient begins to show "at risk" indicators (Escobar GJ, Gardner MN, et al, 2013, Pearl R, 2018). This solution combines the data capturing powers of a system of record with the interactive tools of a system of engagement and overlays the power of a system of intelligence to save lives and reduce costs.

Hospitals with utilization management software can expect to improve on already substantial benefits when these systems of engagement are integrated with the power of systems of intelligence. Currently, users of one such software system can schedule surgical service blocks, track utilization, and analyze the underlying data to identify blocks to improved utilization. As part of a system of intelligence, this software can become proactive instead of reactive—selecting a day, time, and operating room (OR) for which to schedule a specific block will display to the user the likely utilization rate for the schedule service and the effect on utilization for the service and the OR as a whole. The resulting gains from this and other systems of intelligence are expected by consultants such as McKinsey to dwarf those projected for systems of engagement (Chui M, Manyika J, et al, 2018).

Systems for managing electronic hospital records (EHR) are critical for recording, storing, and...

One of the Best Places to Work in Healthcare? That’s Us

That’s right, LiveData has been selected for the third consecutive year as one of the Best Places... 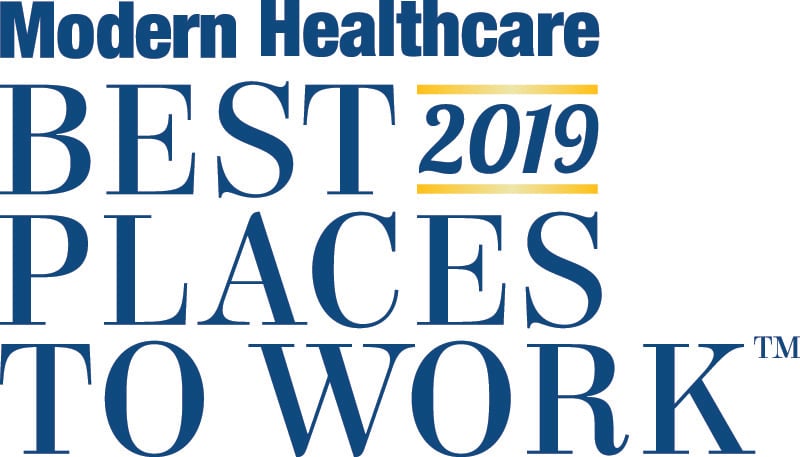